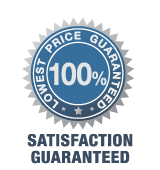 100% Complete Satisfaction Lowest Price Guarantee Easy To Do Business With

School Mascots that Will Make You Scratch Your Head

The role of a school mascot is an important one: it is defined as any person, animal, or object thought to bring luck, or anything used to represent a group with a common public identity, such as a school, professional sports team, society, military unit, or brand name. A quality mascot can theoretically be key in a marketing campaign, by creating a brand celebrated and embraced by fans and athletes alike.

Inevitably, some mascots are going to be better than others. There are the great ones, and then there are the not-so-great ones. Whether the conception of the not-so-great mascots can be chalked up to a lack of creativity, or a satirical joke that ended up sticking for far too long, some of these school mascots (or lack-thereof) will make you scratch your head. The mascots used at some schools are hard to imagine as being able to ignite a fighting spirit and pride for a team and its fans. 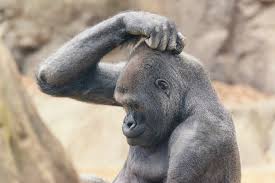 Below, we will go in reverse order of 5 absolutely absurd mascots that actually represent colleges around the United States. Let us know in the comments if we’ve missed any of your not-so-favorite school mascots!

The Mascot of Southern New Hampshire University is the “Penmen,” which is a tribute to the school’s former tenure as “New Hampshire College.” This school originally functioned as an accounting-only school. Thus, the unique mascot was deemed a nod to the era in which accountants typically used quill pens with their work (hence the date of origin being 1961). The Penmen almost appears alike other school mascots that have a knight, however rather than wielding a sword, he carries a quill pen. It is hard to picture opponent teams being intimidated by a pen-wielding mascot, assuming they can even figure out object being held by Petey Penmen.

Another school with a bizarre –to say the least- mascot would be the RPI Puckman. Why have an animal or logo stand out as your mascot when you can have a hockey puck with legs walking around? All obvious questions aside, we are left perplexed by one question: how uncomfortable is it when the Puckman shows up for say, a women’s soccer game? We suppose he is entirely on-theme when attending hockey games, but how is a hockey puck with legs supposed to pump up a baseball crowd? Or hockey? Or lacrosse? Literally every other sport does not use a puck, and thus this is definitely a very obscure choice for a mascot.

Syracuse University went a different route when adopting school colors: they chose orange, and only orange. A bold choice in itself, Syracuse took it a step further by additionally making its mascot the “Orange.” Yes, you read that correctly. When an opposing team schedules a game versus Syracuse, the play against the “Syracuse Orange.” Their mascot is a round, smiling orange ball. While some schools have intimidating, arguably gruesome looking mascots, it’s hard that too many opponents get nervous when they spot a giant costume that looks like a piece of fruit. Astonishingly, Otto the Orange was named the “Best Mascot in the ACC” (the Atlantic Coast Conference, which the school’s sports teams compete in) by ESPN in 2016.

Next up on our list, we have the Henderson State Reddies, located in Arkadelphia, Arkansas. Back when the school was established in 1905, their football team became known for their red uniforms. Lacking a mascot or traditional nickname, they were simply dubbed the “Reds,” and eventually the name shifted to “Reddies.” The school has changed a lot over the past century, adding 11 more sports teams to its athletic department. Despite this progression, a proper mascot has yet to be added, and the team still carry this nickname. Similar to Syracuse, the team is simply known as a color name. So why are the Reddies ranked lower than the Orange on this list? Because at least Syracuse has a physical mascot present in the crowd: the Henderson Reddies have no mascot, the fans just wear red shirts! 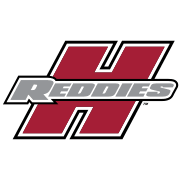 Finally, the moment we’ve all been waiting for. Last and certainly least on this list is the Empty Set from the New College of Florida. Was it sheer laziness? Or perhaps an unoriginal founder? Regardless of the fables created to explain how this college ended up with an empty set for a mascot logo, We don’t believe that anything quite justifies the fact that since 1960, no one has filled in the blank space that signifies where the school mascot is supposed to be branded. Otherwise the school just is represented by the overly-simple and bland { }. Regardless of talent, drive, or marketing, we're telling you right now that no one is going to be an avid supporter to support a team with an empty set as their mascot. Talk about a pep-rally nightmare. 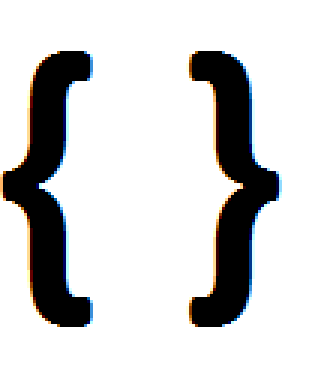 On a related note, something we found to be amusing was the sheer amount of colleges who assigned the name and first initial of “Victor E.” to their mascot. This play-on-words is designed to be a code for “victory” and thus embody the essence of winning, triumph, and greatness for their teams. Quite frankly, it may function as more of an ironic term, and create expectations too high to feasibly obtain. Nothing is more awkward than losing when your mascot is literally nicknamed “victory.” Does s/he hide when the teams lose? What happens if the teams face each other? One Victor E. emerges victorious while the other Victor E. is declared the loser? At this point, with over 10 schools adopting the moniker, what likely started as a clever nickname has divulged into a tired joke. Here's a list of some of the worst offenders:

That's a wrap for our guide to the five worst mascots in college sports. Are there any cringe-worthy critters we left out? If so, leave a comment on here or on our Facebook page (opens in a new window) to let us know!

The restaurant business is highly competitive. As the owner of a dining establishment, you are likely competing with many other local businesses for consumers in your geographical area. Some establishments may even be in the same exact niche as you if you serve similar... Best offline restaurant marketing ideas

Marketing could honestly be defined as an art form. Different forms of marketing appeal to different people, and it takes a lot of time and energy to come up with pieces that will be displayed to the world. Some marketing professionals are amazing at what they do while... Cheap ideas to promote your brand

What are the best ways to increase profits for your company? There are a lot of possible answers. You could maximize business processes to create a more efficient operation. Reducing overhead can help your bottom line as well. Maybe it is time to add a new product or... The best offline marketing ideas
END_OF_DOCUMENT_TOKEN_TO_BE_REPLACED